The Dead Are Arising
(eAudiobook) 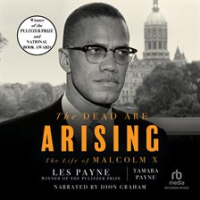