The Mistress of Mourning
(eAudiobook) 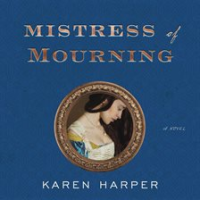