Due to staffing shortages the White City branch will be closed on Saturday, 1/29. All branches will be closed from Monday, 1/31, through Sunday, 2/6. 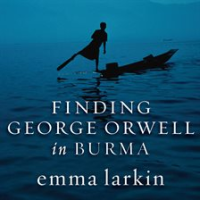